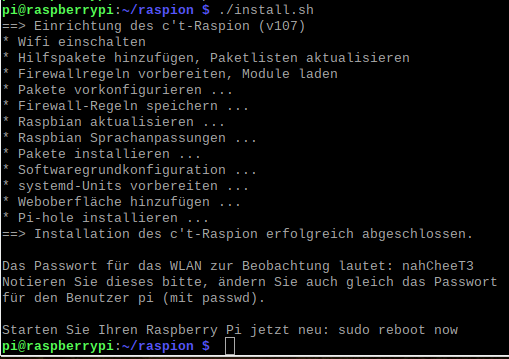 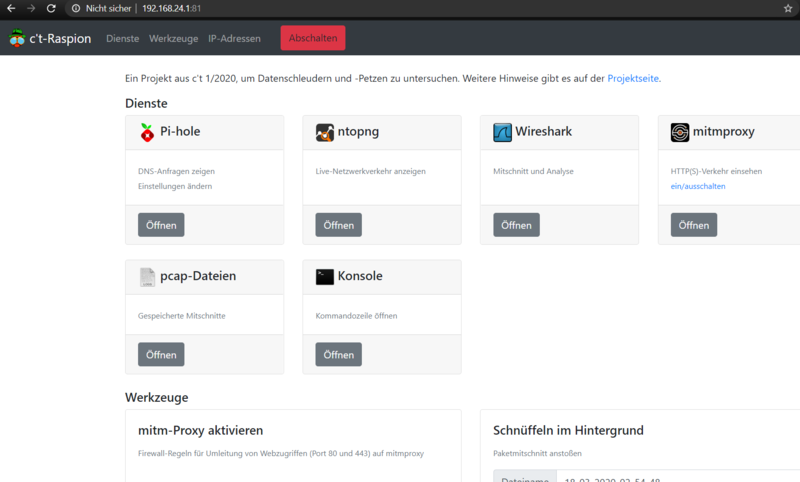 In the figure below you can see how the DNS query is displayed. You can view information such as time, type, domain, client, etc.

Here we see an example of an overview of the system in ntopng. As you can see, it displays information about the CPU, RAM, Last Log Trace of ntopng and so on:

In this screenshot we see the network information like devices, flows, total traffic, total packets of the interface "br0" and much else.

There are many options for the search, as you can see in the 2 screenshots below.

Below is a little preview of what you get when you click on "Editing Options Alpha". 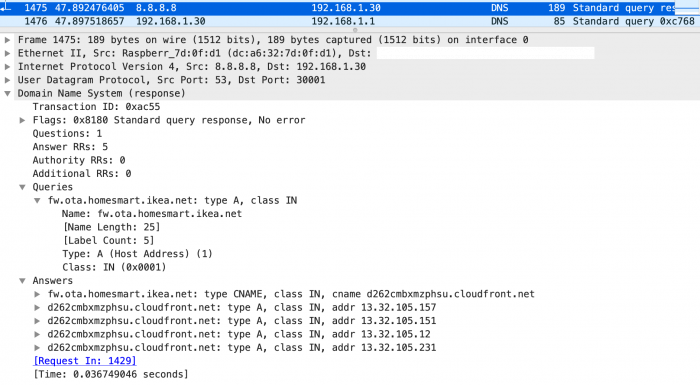 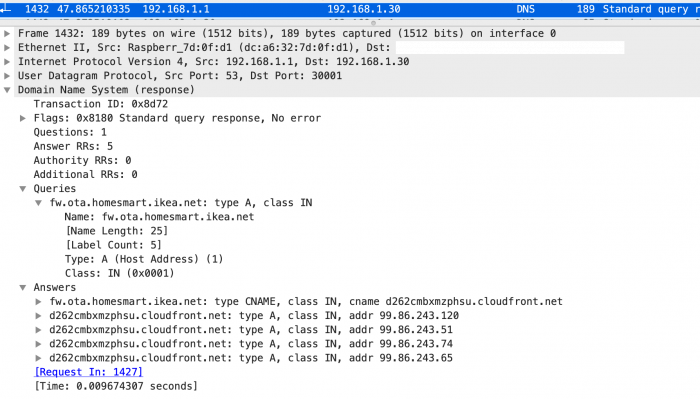 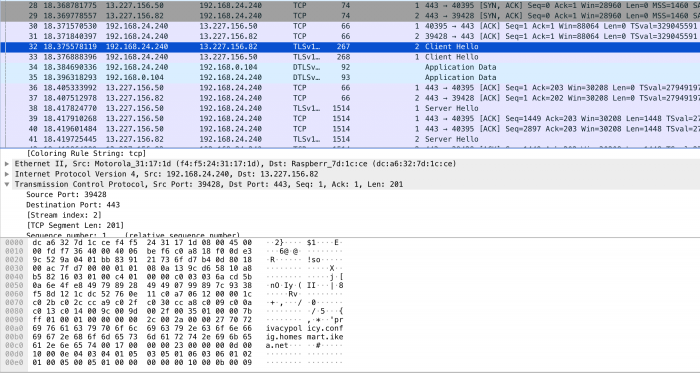 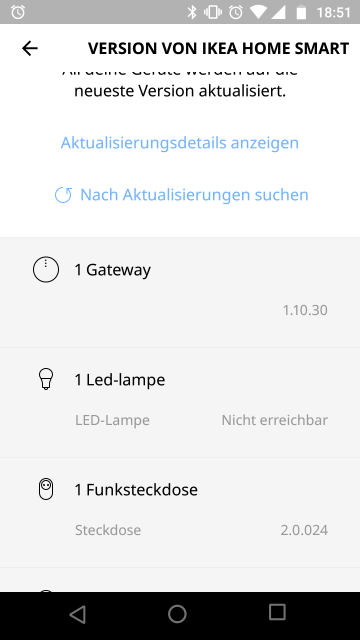 In order to be able to carry out a replay attack, the data traffic between the device on which the IKEA app is running and the IKEA gateway must be recorded. Every time you close the app and open it again, a new transmission must be recorded. This is because this is a new session, so the IKEA Gateway and the App have a new shared secret. Then the SRC and DST in IP and MAC have to be adjusted accordingly. In this particular example, a sequence number is available in the DTLS protocol. This must also be adjusted so that it is preliminary. Since the payload is also included in the UDP checksum, it must be recalculated too. This attack was performed on the TKEA Gateway, where a socket was connected to. In the socket was light plugged in to see what's happening.

To change the sequence number, we used a workaround in Wireshark. In Wireshark you can select multiple Packets and then copy them as hex dump.

After you have copied the packet you can put it into a texteditor and edit the part of the packet you want. In our case we changed the 00 00 00 00 00 34 in line 0020 and 0030 to the appropriate sequence number. We found out that after each full communication the number raised by four. So, when the last recorded sequence number was 48 the next one is 52 and then 56 and so on. This is the decimal number you have to convert it so hex and change it in the text editor and save it.

In wireshark it is possible to import packets from a textfile with hexdump in it.

After you have imported the hexdump save the file as pcap file.

In order to send the packets, edit the marked parts in the python script.

After that the script can be executed.