This documentation includes a brief introduction into KeeLoq and pentesting with the PandwaRF Rogue Pro on garage doors.

KeeLoq is a lightweight block cipher owned by Microchip and it was invented in the 1980’s at the South-African company Nanoteq Ltd. Keeloq is implemented in a wide range of security applications. It is widely used as a remote key-less entry system. A remote keyless entry is an electronic access system that can be controlled from the distance, which means remote.

A register in general is a device which is used to store information.

The information and data is stored in the format of multiple bits. The transformation of these information is made with the help of shift registers. Circular-shift registers calculate the bits of the register around the two ends without any loss.

Keeloq is a lightweight block cipher for remote keyless entry systems. A block cipher is a method of data encryption, which uses a cryptographic key and algorithm to produce ciphertext. The block cipher processes fixed-size blocks at once, as alternate to a stream cipher, which encrypts data one bit at a time. Most modern block ciphers are invented to encrypt data in fixed-size blocks of either 64 or 128 bits. A block cipher uses a symmetric key to encrypt and decrypt a block of data. Additionally,it requires an initialization vector which is added to the input plaintext in order to increase the keyspace of the cipher and make it more difficult to use brute force to break the key. Block ciphers are built in the ’Feistel’ cipher structure. Block cipher has a specific number of rounds and keys for generating ciphertext.

When hopping code is used, the code transmitted from the transmitter to the receiver is unique every time. At the core of this code hopping technology is a counter that increments with each button press. The en- and the decoder share a 16-bit synchronized counter value and a 64-bit symmetric key. The encoder encrypts the next counter value for authentication and sends it afterwards to the decoder. The decoder decrypts the message and verifies the received counter value if it is inside the open window of length 16. 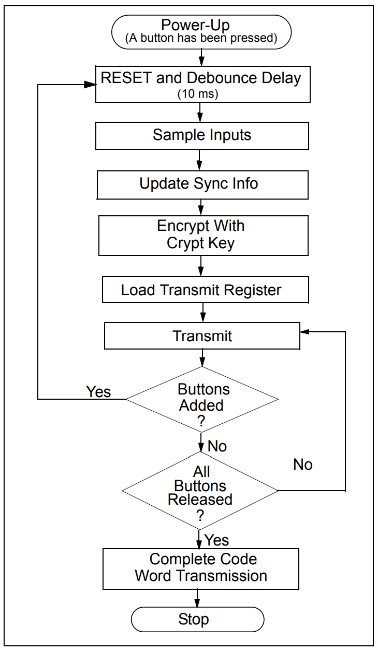 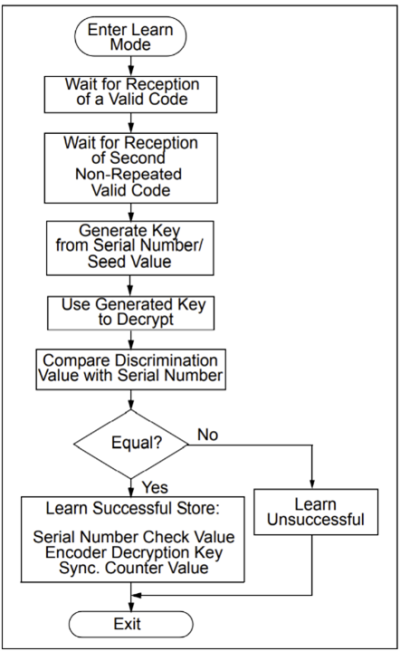 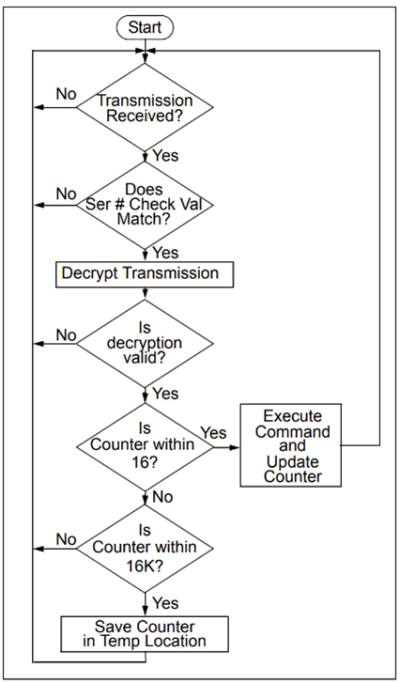 Synchronization of Encoder and Decoder: 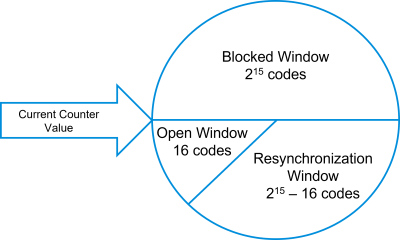 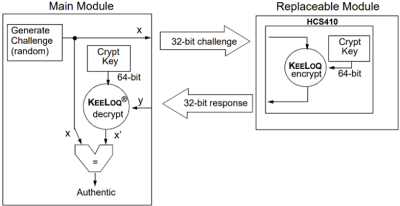