This documentation is about WikiLeaks, media organization and Web site that functioned as a clearinghouse for unethical, illegal or otherwise privileged information. WikiLeaks was founded in 2006 by Australian computer programmer and activist Julian Assange.

WikiLeaks, its publisher and its journalists have won many awards, including:

“WikiLeaks is a giant library of the world's most persecuted documents. We give asylum to these documents, we analyze them, we promote them and we obtain more.” - Julian Assange, Der Spiegel Interview 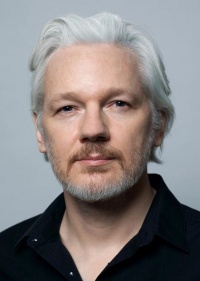 Assange gained his first programming experience on a Commodore 64 computer, and in 1987 he also acquired an Internet hub. He began his hacking activities under the pseudonym “Mendax” (Latin: noble liar). He and two other hackers formed a group called “International Subversives.” This activity led to the Australian Federal Police in 1991 In 1992, Julian Assange was found guilty of 24 counts of illegal hacking and the court ordered him to pay A 2,100 dollar and put him on probation. In 1995, Assange wrote his first free software, called Strobe.

During his hacker activities he became acquainted with his later wife. They moved together in 1989 and had a son. They divorced in 1991. In 1999, after a one-year legal dispute, Assange and her mother, Christine, reached joint custody of the child’s mother.

He has been involved with WikiLeaks since 2006. He claims to have made a living on the internet and is therefore able to work for WikiLeaks without pay. During his work on WikiLeaks, he was arrested, interrogated, censored and sued several times, all to no avail.

WikiLeaks is an international nonprofit organization. It publishes leaked government and other documents on the Internet that exposes an unethical, illegal case or process, while keeping its sources anonymous. The system that enables file uploads is implemented via the Tor anonymization network. The website was launched in 2006, operated by The Sunshine Press. WikiLeaks claims that its founders were professionals from Chinese dissidents, journalists, mathematicians and start-ups who came to the organization from the United States, Europe, Taiwan, Australia and South Africa. Sweden was originally the site of the founding, and the public face was Australian exhacker Julian Assange.

According to the staff, the database of the site contained 1.2 million documents a year after its launch. The most echoed leaks were the nearly 92,000 military and similar secret documents related to the war in Afghanistan, the “Collateral Murder” video, the nearly 400,000 secret military reports released during the Iraq war, and 250,000 various messages sent by U.S. diplomats. Following the leak of diplomatic messages, the U.S. government launched a drive hunt against WikiLeaks, over and above Visa, Mastercard and PayPal refused to pass on donations to them.

The domain wikileaks.org is registered. The founders of Wikileaks, including Julian Assange, have made it their business to anonymously publish previously secret documents.

Wikileaks is publishing documents for the first time and getting a bit of attention. Among other things, the founders put internal manuals from the US prison camp Guantanamo online. They prove the psychological torture methods used by the military. This year Julian Assange met his biggest supporter and partner, Daniel Domscheit-Berg.

All VAULT7 Tools can be found on the WikiLeaks website. Here is a list of their names and a small description from the WikiLeaks site: